Louis T. Glantz is a State College native and a graduate of State College High School, Penn State University and Ohio Northern University Law School. Louis also served as a flying Officer in the United States Air Force. Since admission to the Pennsylvania Bar in 1980, Louis has limited his practice to real estate, elder law, estate planning, estate settlement, and corporations and is sole shareholder in the Glantz, Johnson & Associates law firm. In addition to being a former Centre County Solicitor, he is also Solicitor for Snow Shoe Township, Marion Township, and College Township.

Louis is an avid pilot having flown backseat in the F-4 Phantom in the United States Air Force. Louis has continued his pursuit of flying and enjoys flying to many clients throughout the United States. “Flying is the ultimate escape from the pressures of my responsibilities as an attorney. Flying into large airports with high traffic, bad weather is my personal dislike, turbulence requires my full concentration and puts the practice of law in perspective.” 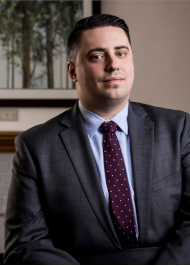 Mark F. Lingousky is a Pennsylvania native, having spent his youth in the Bloomsburg area. He went on to attend Bloomsburg University, graduating with a degree in political science. Due to events in his personal life during his undergraduate education, Mark identified the elderly as an under-served population and decided to assist them. Upon discovery of the field of law known as elder law, he decided to go to law school and began his studies at Penn State’s Dickinson School of Law, from which he graduated with a Juris Doctor degree. Mark will sit for the Pennsylvania bar exam in July. He is excited to begin providing estate planning and elder law services to the clients Glantz, Johnson and Associates and looks forward to creating the kind of close relationships with clients that only a small firm can establish. He is an avid hockey fan and enjoys spending time outdoors and reading. 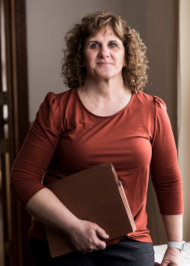 Linda Neff has close to thirty-five years of real estate expertise and has been an invaluable legal assistant and right hand to Louis Glantz for over 30 years at Glantz, Johnson & Associates. Linda is responsible for the daily office administration as well as specializing in the pre-closing and post-closing matters with a keen attention to detail. She prepares settlement statements,
deeds, title insurance policies and closing documentation, and interfaces with lenders, buyers, sellers and attorneys to gather all information and documentation necessary to ease our clients toward a smooth refinance or purchase of their home. Linda has been a resident of Jacksonville (Howard area) for over 30 years and a life-long resident of Centre County. Linda finds inspiration in her family, especially her grandchildren, and spends her leisure time camping, vacationing at the beach, and attending agility trials with her Goldendoodles.

Karen Rossman has 43 years working in the legal field as a Legal Assistant. Karen is responsible for greeting clients, general office duties, and document management. Karen has been a life-long resident of Penns Valley. She is the mother of two sons, one grandson, and two fur-grand dogs. In her leisure time, she enjoys spending time with her family and traveling.